I am a big fan of Oz Noy. He is one of the most exciting guitar players out there today. His playing is very tasteful and he is a real virtuoso guitar player, without being a showoff. As I was browsing iTunes, I noticed this album Schizophrenic just came out today. So of course I had to buy it. You know what? I am glad I did!

This album is awesome! Please excuse my inability to hold back my excitement. Truth is that Oz Noy is playing some truly wicked and inspiring guitar here. His tone is better than ever, and his solos are jawdroppingly fantastic. Dang, this guy can do it all I think. As for the tunes, they are really nice. Oz Noy is known as a groove player, and he does not disappoint in that regard. Funky grooves with intelligent and inspiring use of effects, as well as ballads and some rockier material. I am floored. Schizophrenic is his fourth release by the way. 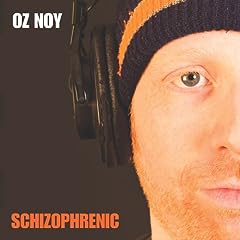 Oz Noy's way of using effects is right up my alley. It's often effect in - effect out. He doesn't overdo effects, even though he uses lots of them in his music. What he does however, is to use effects in the right spots in compositions. He may add a fast tremolo stutter or an octave fuzz tone in certain places, and soon there after there's a fat distortion tone for a few seconds. In the end, it never sounds overdone or too much to me. No, it's tasty and makes me go "whoa, what was that unearthly cool thing he just did?". Needless to say, his way of using effects really inspires me.

If you like Oz Noy, you must get this album now. Never heard of him? Well, let me entertain you then. Here are some youtube videos.

You should also have listen here www.myspace.com/oznoy - there's music from this last album there.

Robben Ford has a new album out!

Robben Ford's new album "Soul On Ten" is worth a look too. Eight of Soul on Ten's ten tracks are live from two nights at San Francisco's The Independent, but the closing two tracks—the ambling, jazz-centric "Don't Worry," featuring a saxophone solo by Karl Denson and bluesier "Thoughtless," with guest spots by B-3 organist Larry Goldings and bassist Jon Button—are live-in-the-studio recordings.